Many towns in Kenya have been experiencing a rapid population increase due to rural urban migration. This, in turn as led to increased demand for housing facilities in these towns. The existing public utilities like Sewage Treatment Plant (STP) facilities have been affected by this rapid increase in population.

Isiolo Town is not of different state. Its sewage treatment facility cannot sustain the population. clean water provision in the town depends solely on boreholes. With the growing population a lot needs to be done in terms of planning of the ‘Resort City’. Among them is a need to establish a sewage treatment plant for recycling the sewage emitted by the households, industries and other institutions within the locality. The STP will not only provide clean water for both drinking and irrigation purposes but will also improve the aesthetics of the town.

Isiolo Town has an estimated population of 8, 0000 people, most of them living in the rural out backs of the District (KNBS, 2019). The existing sewage treatment plant is managed by Isiolo Water and Sewage Company (IWASCO). It consists of an open ground where sewage is dumped. The general objective of this project was to use geospatial technologies in siting a Sewage Treatment Plant for the Town.

Site selection factors comprise of social, environmental, geotechnical, and economic factors. Factors that were considered in this study included; Distance from major roads, distance from waterways, altitude of the Town, Slope of the town, soil composition and geology. Proximity from major roads and waterways, slope and altitude were reclassified into classes according to their suitability levels.

The main analysis included proximity, and suitability analysis. Analytical Hierarchy Process (AHP) was done for weighting of the factors. The consistency ratio was less than 10% which qualified the weighting. Criteria weights were used for the subsequent overlay analysis which yielded a suitability map.

From the suitability map it is evident that the lowest point of the town is the most suitable. This is vital as sewage will flow by gravity and thus reducing on the cost of installation of pipes and resultant blockage in the sewer network.

END_OF_DOCUMENT_TOKEN_TO_BE_REPLACED 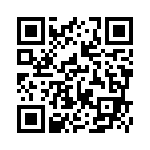