Space Challanges is an educational program powered by Endurosat with a mission to develop a generation of young scientist and technologist with an entrepreneurial mindset. 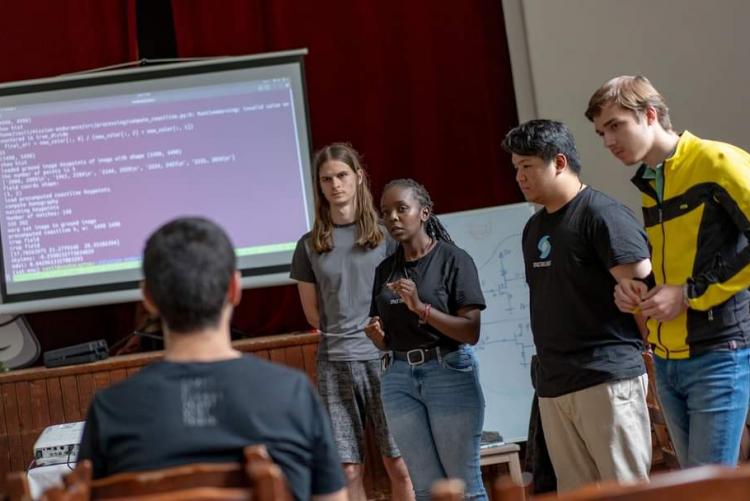 Stephanie a fourth year student in the department of Geospatial  and space Technology and also an ESA official was in the Endurance Mission project which involved utilizing a cube satellite launched by Endurosat in conjunction with IBM called Platform-1 to develop a working prototype to solve real life situations.This project emerged the best among the three projects.

Her travel to and from the program was sponsored by Kenya Space Agency .

END_OF_DOCUMENT_TOKEN_TO_BE_REPLACED