The team commenced on the NaSPUoN project in October, holding the kick-off meeting on 6th October 2020.

The team commenced on the NaSPUoN project in October, holding the kick-off meeting on 6th October 2020. The team has been holding weekly meetings since then, except for the Christmas period (17th Dec to 5th Jan) and the end of semester examinations period (13th Feb to 28th Feb 2021). Since the beginning of the project, the meetings have been held virtually since the students had been working from home. However, from March the students had begun hands-on work in the laboratory at UoN. This has however been cut short by the closure of the university on 27th March due to the 3rd wave of Covid-19. The project commenced with students conducting literature review and research on nanosatellites and CubeSat technology. They were also introduced to various software tools that they would use during the project. These are mainly for PCB design and 3D CAD modeling. The students were also guided in researching on the two missions for NaSPUoN, i.e., Camera and LoRa mission. This was conducted in the first two months of the project, where they also identified the parts and components required for the realization of the NaSPUoN model. Initially there were 7 students working on the project. However, after evaluation of the workload and the less than 6 months for delivery, it was found necessary to increase the number of students to 11. They are drawn from the 3 engineering departments at UoN i.e., Electrical, Mechanical and Geospatial Engineering. Within 3 months, the team had come up with a high-level system design of NaSPUoN, both at mission and subsystem levels. With this design, components and modules necessary for implementation were analyzed and chosen.

END_OF_DOCUMENT_TOKEN_TO_BE_REPLACED 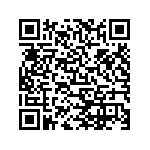