With many Kenyans migrating to urban centers and the already existing high population in Kenya’s urban centres, there has been increased pressure on the demand for residential housing. Most people live in informal settlements like shanty towns. This has led to poor living conditions and environmental degradation.  Lack of adherence to planning regulations has led to high rise developers encroaching water catchment areas and other areas of unique biodiversity. This is a common phenomenon in Ruiru Sub-County where coffee plantations have been replaced by high rise buildings. Ruiru is experiencing rapid urbanization and high demand for residential housing has led to negative consequences of urban sprawl. Therefore, there is need to develop an appropriate framework that will enable Ruiru Sub-County residents make informed decisions on the most sustainable areas to construct their residential homes. This framework is developed through a process called site suitability analysis.

Site suitability analysis is important in land use planning and development. This is a multicriteria approach that incorporates the physical, social, economic, and environmental factors in determining the most appropriate sites for a given project. This study involves the use of Geographic Information System (GIS) based Multicriteria Decision Making (MCDM) and Saaty’s Analytical Hierarchy Process (AHP) that enables the combination and manipulation of geographic datasets with value judgements among conflicting criteria. Factors such as slope, soil data, roads, rivers, population density, proximity to the electricity grid, satellite centres and land use land cover data were analyzed and evaluated as per expert judgement. Each criterion was classified as either a restriction or a suitability factor. The restriction factors were merged with each other creating a composite restriction map. The influencing weights of each factor were calculated by three experts in the field and on meeting the acceptable Consistency Ratios, the average weights were used in ArcGIS weighted overlay analysis to create a suitability map. The composite restriction map and the suitability map were then overlayed creating the final suitability map. The suitability areas were classified into different suitability classes: low suitability, medium suitability, and high suitability. After mathematical calculation, it was found that 54.50% of the study area is classified as restricted and suitability classes occupy the following percentage areas, 10.10% for low suitability, 28.14% for medium suitability and 7.26% for high suitability. The areas of each suitability class were represented in pie charts and bar graphs with the help of python programming language. The most suitable parcels above 5 Hectares were represented in a map. The areas occupied by each suitability class in respective wards were also calculated.

Through this study, the effectiveness of GIS and MCDM in handling site suitability analysis aimed at identifying environmentally safe and economically suitable sites to fulfill housing demand in Ruiru Sub-County has been reiterated. Through GIS techniques, the areas classified as suitable for residential housing development can be demarcated

END_OF_DOCUMENT_TOKEN_TO_BE_REPLACED 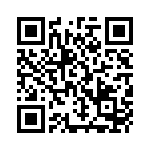