Kericho has experienced significant infrastructural developments and shift in land use as attested by the residential houses boom. It is of great concern however to see these developments crop up in a disorganized and seemingly unplanned manner and the inevitable result would be pollution, inaccessibility, informal settlements in the area and difficulties in availing basic utilities. The existing plans have not been adhered to and some extents of the sub-county are unplanned resulting in a great deal of disorganisation.

The main objective of this work was to project land use in the period from 2020 - 2030 and then compare it with the planned area by the county government. Using Landsat imagery and tools in Idrisi and ArcGis software, land use categories were generated with accompanying coverage statistics. The categories included; forests, farmlands, built-up areas, water and bare ground. The categorical changes were analysed for the period between 1990 to 2020 at intervals of 10 years and consequently a projected 2030 land use scenario was developed. This 2030 model was then overlayed with the current analysed county Integrated Spatial Urban Development Plan (ISUDP).

Several models for projection of land cover are available allowing integration of a variety of drivers like energy and economics but deviation of this factors only skew projection in an almost insignificant way meaning results will have a high degree of resemblance. Land Change Modeller (LCM) in Idrisi has been used in this project as it is simple to use and assembles a variety of tools that enable entry and modification of change drivers. Land cover change graphs validate the reliability of the results as the pattern of change is logical.

The most notable result was the significant number of developments that are expected outside the planned zone which means that if not well managed there is a high possibility of unplanned developments that could constrain service delivery. This work underscores the need for cascading the planning process to the local level, for example, up-to the ward level in order for emerging developments to get the attention. Land use zones should be well documented and public education done to raise awareness among the populace on the importance of adhering to the plans including restrictions. The project should act as a basis for further development of projections by integrating more defined and ground sourced change drivers to provide a well-defined and closely tailored output.

END_OF_DOCUMENT_TOKEN_TO_BE_REPLACED 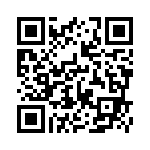